Stephen Knapp is the newest member of the Essentient Association Management team and is currently serving as the Executive Director of CoreNet Global Canadian Chapter.

Stephen is the former Director of the Sheet, Strip, and Plate for CDA, Inc., which is responsible for the architectural, green building, and other building construction applications in North America. He was also the Executive Director of the Canadian Copper & Brass Development Association (CCBDA), the national trade association in Canada for the copper industry. In addition to these positions, he was involved with guiding the market development and promotional efforts for a wide variety of other applications of copper and copper alloys including tube and plumbing, electrical, renewable energy systems, and energy-efficiency technologies in both Canada and North America. He also held leadership and participation roles with many of the International Copper Association’s teams including those concerning Global Strategy, Building Construction, Global Public Health and Sustainable Electric Energy.

He resides in Toronto with his wife, three very active children., and two extremely dumb dogs.

Stephen can be reached at: stephen at essentient.ca 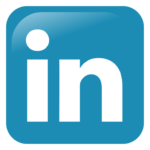